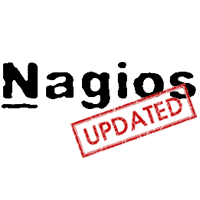 We have released Nagios Network Analyzer 2.2.0.  This release includes key feature additions and updates, including backup and restore capabilities for all system and Network Flow data. The release also includes an upgraded version of the underlying nfdump component, which provides increased functionality for additional data to be collected while supporting NSEL for Cisco ASA switches and routers.

– Updated sourceguardian loaders supporting up to php 5.6
– Added –enable-nsel to nfdump to provide support for Cisco ASAs
– Added nfdump upgrade/recompile on upgrade
– Added character-based language support in PDFs
– Added backup and restore scripts and a Backup section in Admin for backup management
– Fixed PDF generation on servers forcing https
– Fixed source names to allow dashes in names
– Fixed the deleting of AD/LDAP servers
– Fixed raw data warning on timeframe > raw data lifetime
– Fixed bug causing edited sources to revert to Netflow even if they were sFlow sources
– Fixed multiple bugs when exporting graphs by updating highcharts to v4.1.9
– Fixed bug to require Hostname/Servicename to be unique in Alerts > Nagios Setup > New Service/Hostname
– Fixed bug to set language as ‘default’ when importing an AD/LDAP user
– Fixed bug in Source list and Source view pages to display ‘Start’ and ‘Stop’ correctly
– Fixed bug in Alerting > Checks where Status colors were not working on languages other than english
– Fixed bug in Alerting table where the Last Stdout column was showing the wrong Bytes, Flows, Packets or Bytes/sec, which broke the alert